Eiffage Infra-Nordwest was assigned by Deutsche Bahn AG to repair line 2000 between Lünen and Münster over a total length of a good 5 km, because of settlement cracks at the sides of the tracks and track position defects. 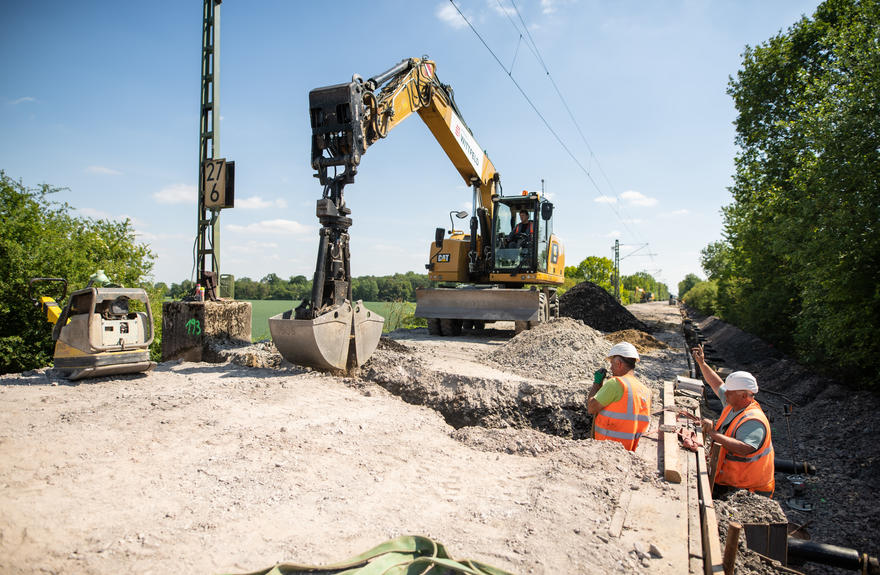 Eiffage Infra-Nordwest was assigned by Deutsche Bahn AG to repair line 2000 between Lünen and Münster over a total length of a good 5 km, because of settlement cracks at the sides of the tracks and track position defects.

In summer 2018, Deutsche Bahn identified settlement cracks at the side of the tracks on the upper side of the embankment on two sections of Line 2000 near Werne and Ascheberg, which had caused track position defects. As a result, the speed of trains traveling on these sections was reduced to 70 km/h. Now this section of the rail line is to be repaired: Eiffage Infra-Nordwest has been assigned to restore the rail line 2000 between Lünen and Münster over a total length of just over 5 km. Between Werne (km 8.8 to km 12.2) and Ascheberg (km 26.3 to km 28.2), the embankment is to be stabilized with a cofferdam-like retaining structure, thus ensuring serviceability.

The cofferdam is created by constructing sheet piles on both sides of the track, which are braced together by means of a chord using anchors. The line had been closed since January 6, 2020. By the end of the scheduled closure period on August 12, 65,000 m2 of sheet piles with TM 20 and TM22 telescopic masts had to be installed and 14,000 m of anchors had to be installed as well, among other things. The construction site on Line 2000 was particularly challenging logistically. This is because each anchor has its predefined place. The anchors have each been given their own number. They are between 7.5 m and 10.9 m long and had to be installed in the exactly matching position in the retaining structure. Since leader masts were used to insert the sheet piles on the rather narrow section, it was therefore not passable for other vehicles. This means that all construction materials had to be in the right place before the machines 'blocked' the way - this requires meticulous planning from the team.

The section was completed piece by piece in a cycle plan, starting with driving the sheet piles, followed by excavation and installation of the anchors, and finally concreting the reinforced concrete beam. In the beginning, the work had to be carried out on the track, which made the use of the leader even more difficult, because the equipment, including the sheet pile, had to be carried out with millimeter precision under the overhead line so that it could be installed in the right place. In mid-April 2020, the client decided to renew the tracks as well. Within two days, Eiffage Infra-Nordwest took care of dismantling the tracks. On the line in Werne, parts of the overhead lines were also renewed, so that the leader work could now be carried out much more easily.

The new tracks were manufactured by Eiffage Infra-Rail. At the beginning of July 2020, it was further determined by the client that the cable trough and all control and safety engineering cables should now also be renewed in both track sections. For the additional work, the closure period was extended by the client until October 9, 2020. Eiffage Infra-Northwest dismantled the old cable troughs and cables, built 5.5 km of new cable troughs and laid 23,800 m of new cables.

The approximately 42 km long section of Line 2000 is part of the Dortmund-Hamburg link and represents the shortest connection between the cities of Dortmund and Münster. The line was opened in 1928 and runs in parts on embankments. It is single-track, electrified, free of grade crossings and features a total of five crossing stations. On October 9, 2020, the 2000 line between Dortmund and Münster with the renewed Werne and Ascheberg sections was fully operational again. The tracks can now be used again at 160 km/h. 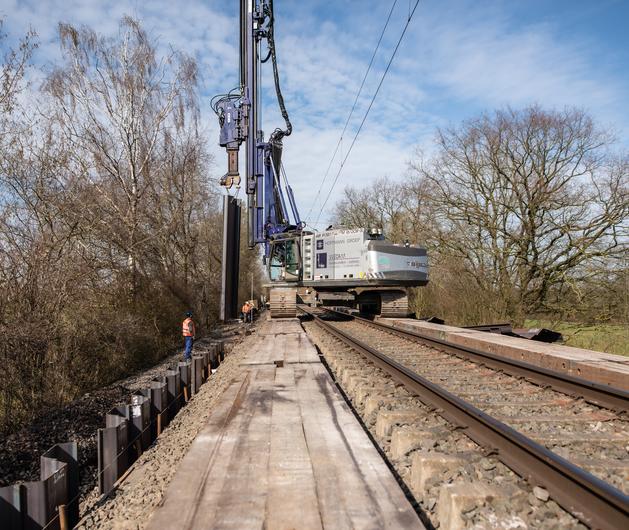 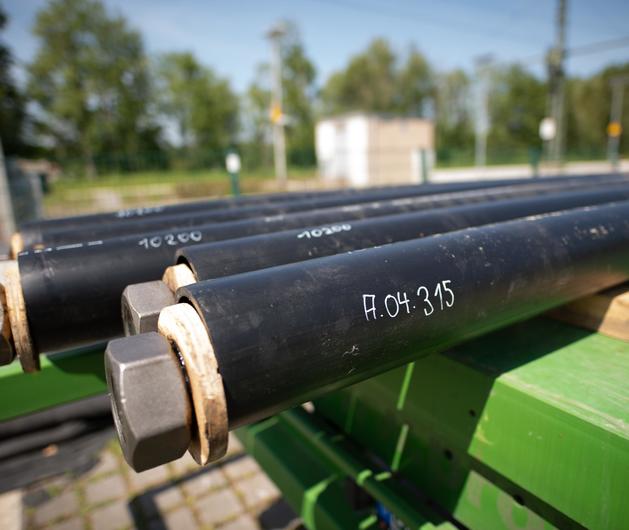