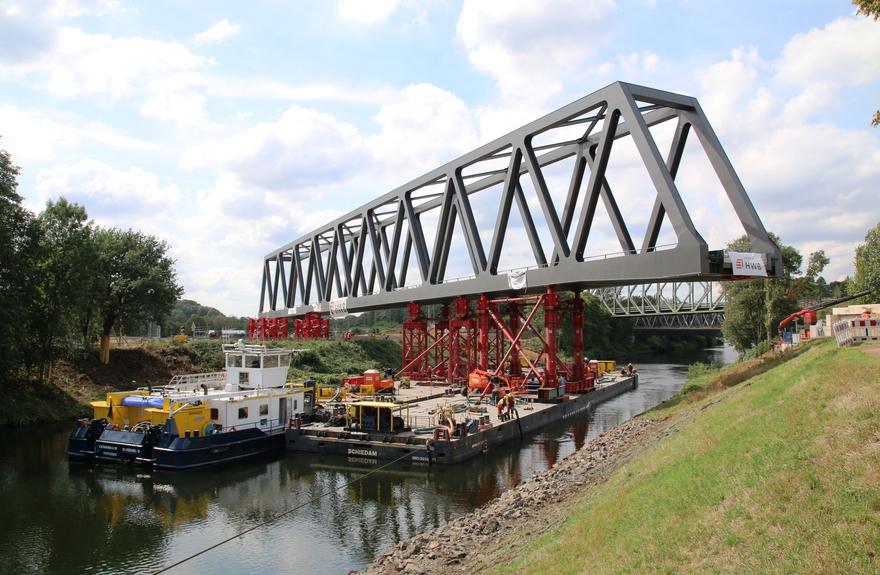 The existing structure is a dual-area, steel framework structure with a lower track. There is no passage impact and the individual support widths are 75 m (450 to canal area) and 34 m (150 to road area).The new abutments each weigh approx. 1,000 tons and were constructed away from the track and moved into their final positions.

The new steel framework superstructure has a span of 134 m, a width of approx. 8.70 m, a height of approx. 14.70 m and a weight of approx. 1,600 tons. It was brought into its end position by means of longitudinal and transverse movements (SPMTs + pontoons). All track-related tasks (demolition and new construction) were carried out during a 6-week line closure period (core construction period) during the 2019 school summer break. 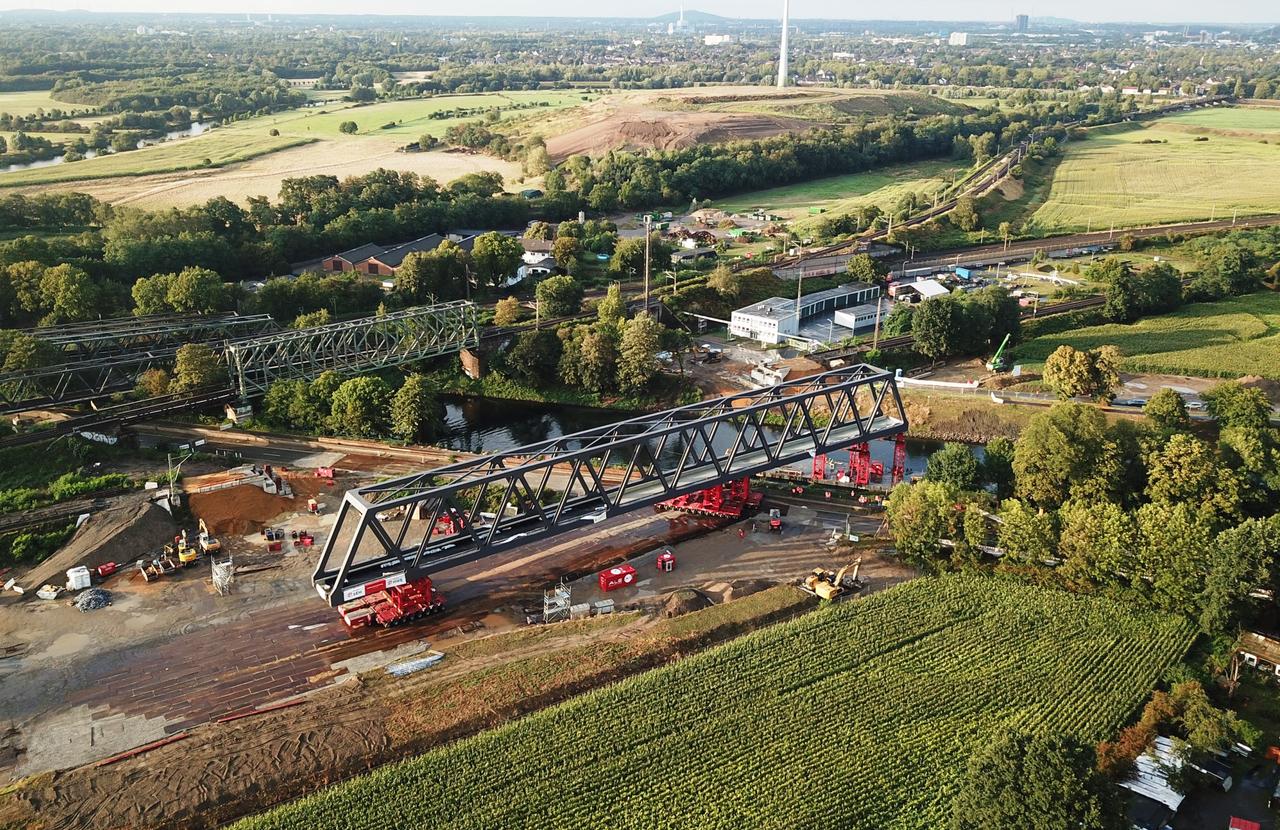 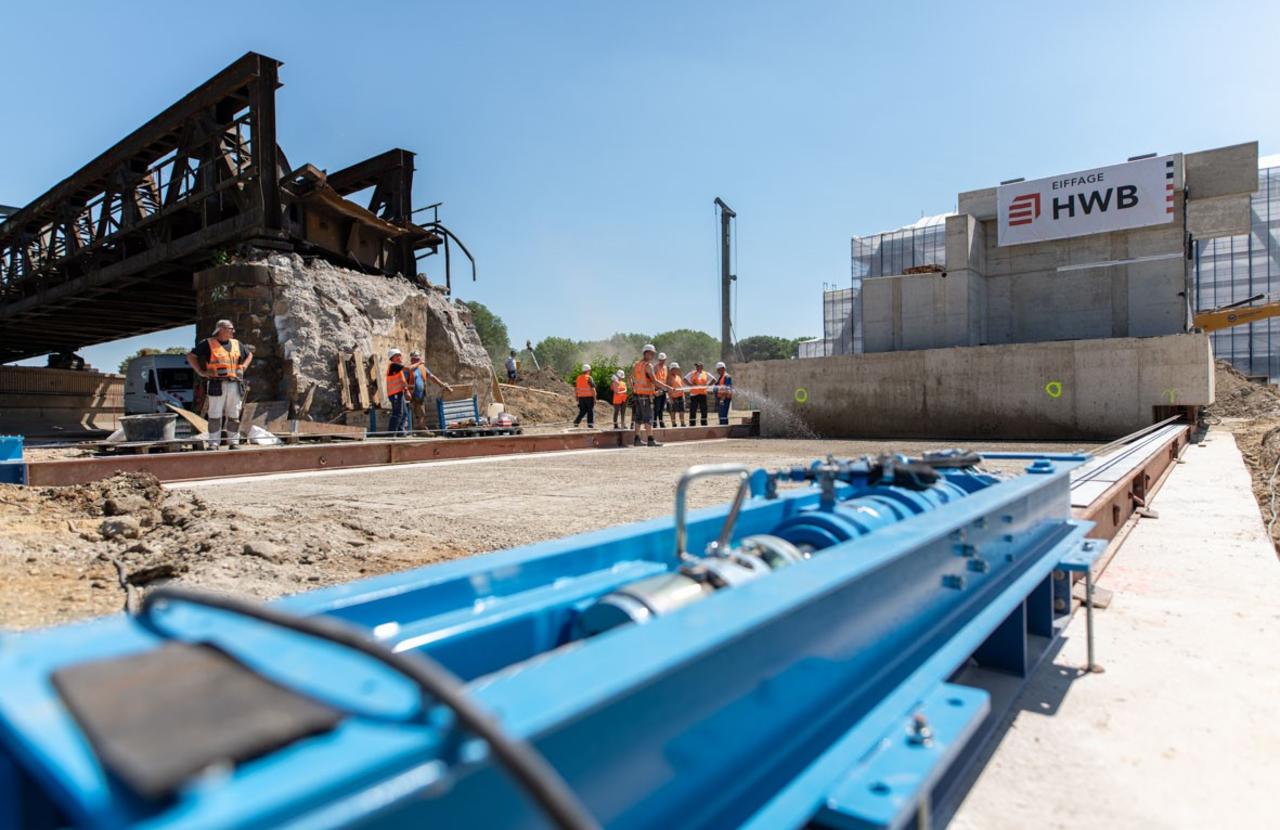